Battery Park is located in Bay City, MI and has recently been restored to its former glory. It is dedicated to honoring our veterans and military history.

In approximately 1849, prior to the incorporation of either East Bay City or Bay City, the area later referred to as Battery Park, was used as a ‘town square’. Currently, many long-time residents are not aware this is the oldest park in Bay City and that it encompasses both sides of Center Avenue.

The rich history of our nation is tied to Battery Park, which was reflected in the two sets of Civil War cannon that graced the park from approximately 1907 until 1942.  The four cannon originally placed at Battery Park (along with two at City Hall and two at the Sage Library) represent important and pivotal times in the history of the United States of America. The mortar cannon that had been at Fort Sumter (outbreak of the Civil War) and those from the USS Hartford (capture of New Orleans and blockade of the Mississippi River by Admiral David Farragut) were symbolic of the lives lost in the War Between the States that were sacrificed to end slavery and to hold our country together.

The importance of this project is to restore some of the symbolic appointments to a primary entrance to Bay City from the east.  Though the origin of the name ‘Battery Park’ is a bit muddled, for over a century this area, bisected by Center Avenue between Madison and Adams Streets, has been a gathering place to memorialize veterans from the Civil War to our current conflicts.  On Memorial Day and Veterans Day, the Bay Veterans Council provides a brief program in front of the Bay County Building, to honor all veterans from Bay County who have lost their lives defending the freedoms we enjoy.

Several years ago, the Bay County Building Authority appropriated part of Battery Park to erect the Jack and Alice Wirt Public Library. At that time, two of the sidewalks that partly defined Battery Park were removed and replaced at a different angle and location. This created a bit of outcry by local veterans and veteran’s service organizations.

Early photographs and maps depict four distinct quadrants on which each displays either a 13” mortar cannon from Fort Sumter (where the official beginning of the Civil War is recognized) or a 10” cannon from the USS Hartford, a naval battleship from the Civil War.  In 1942 the four Civil War cannon that were located in each of the quadrants were given to the War Production Board to assist in the need for metal during WWII. 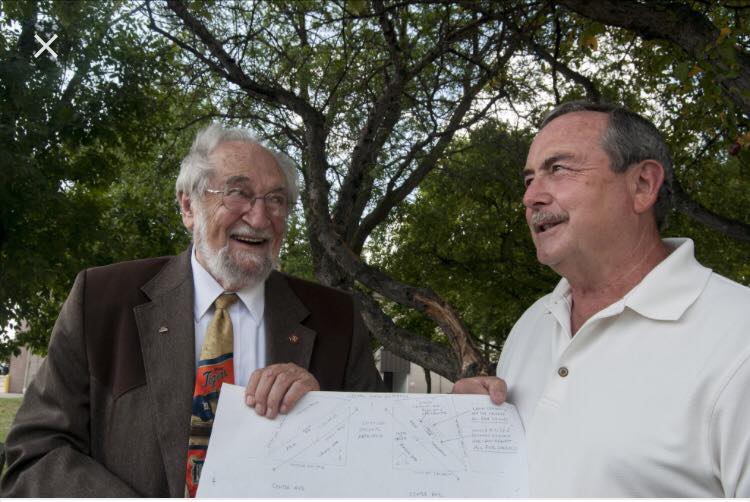 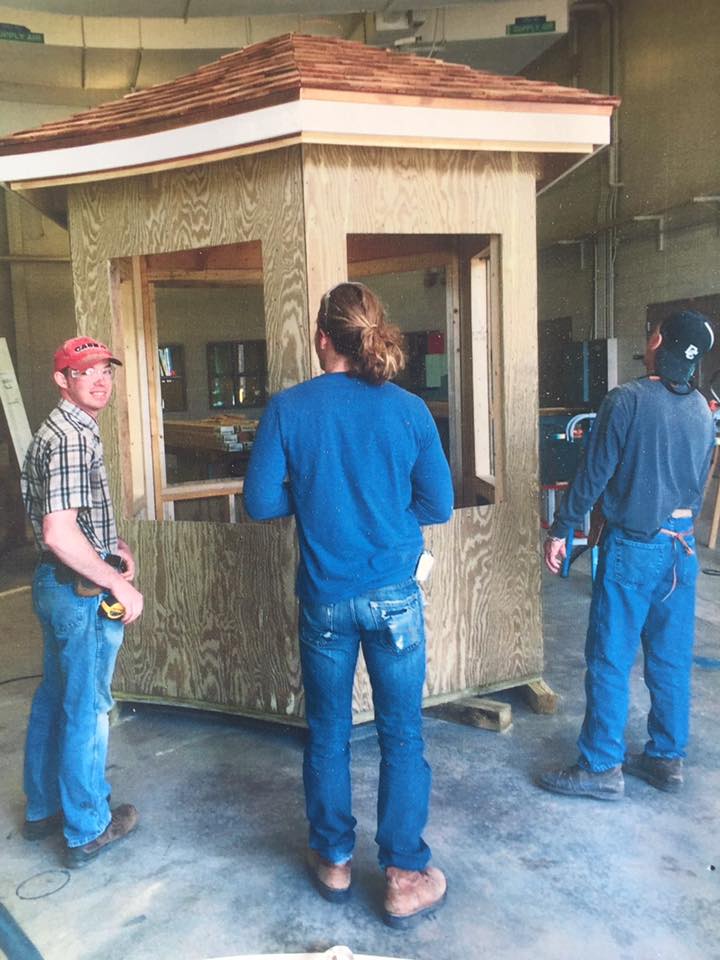 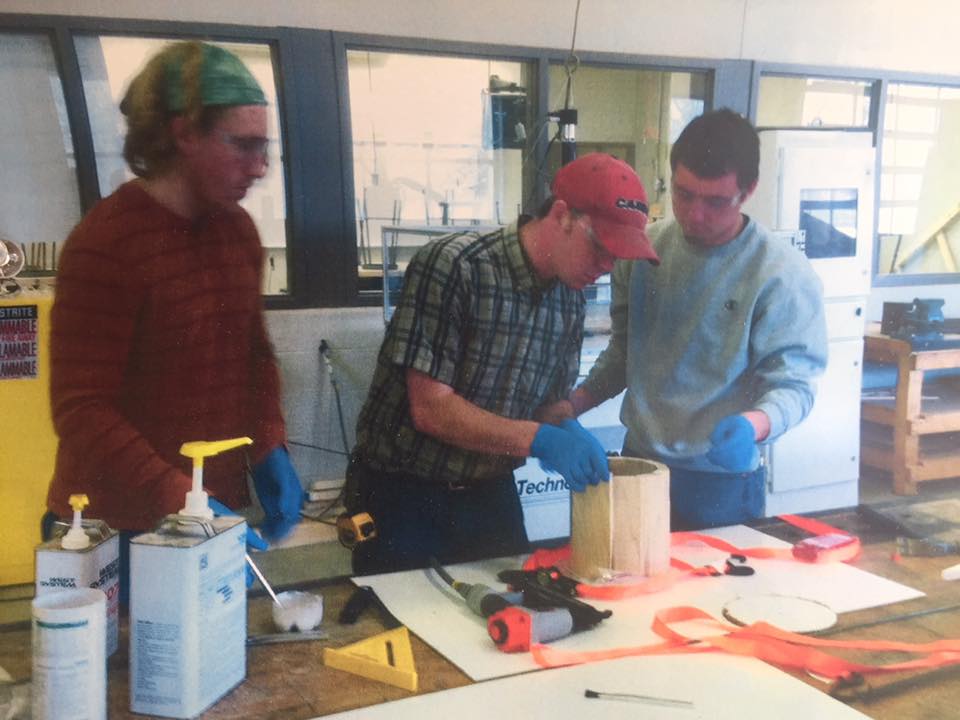 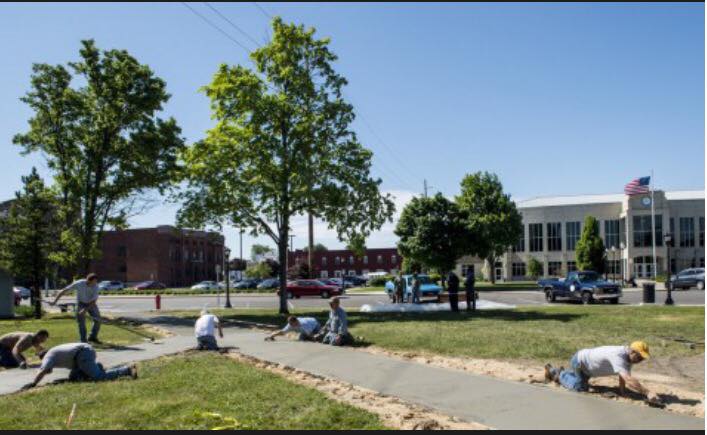 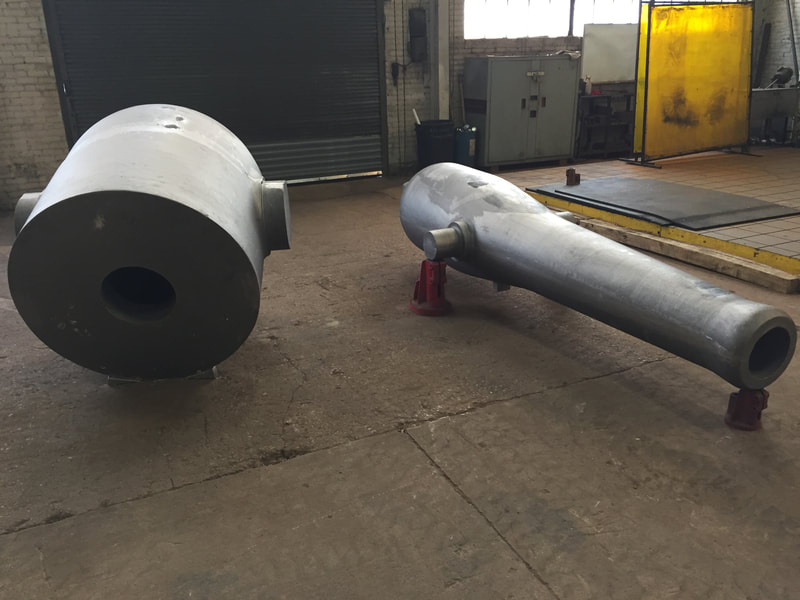 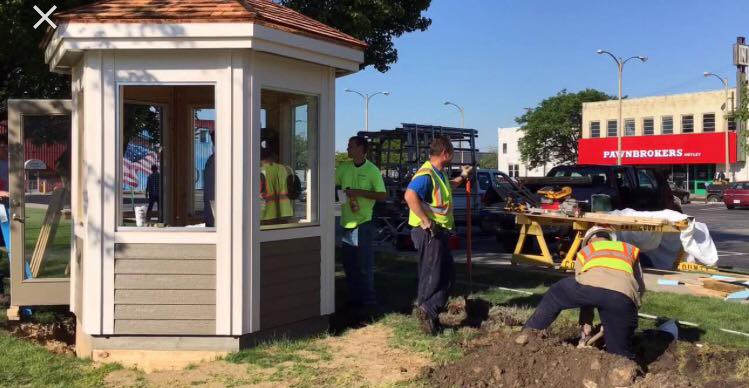 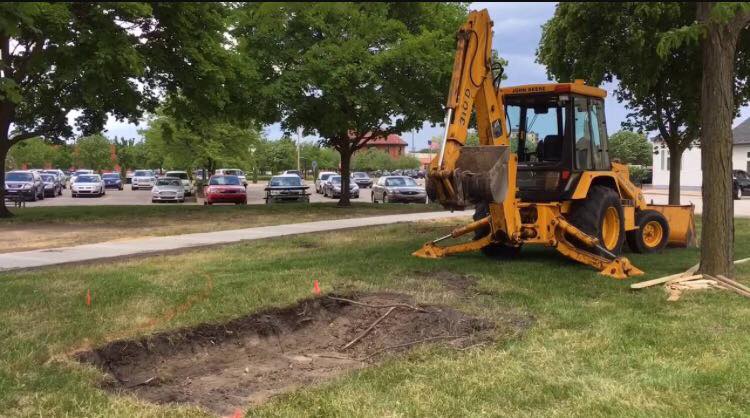 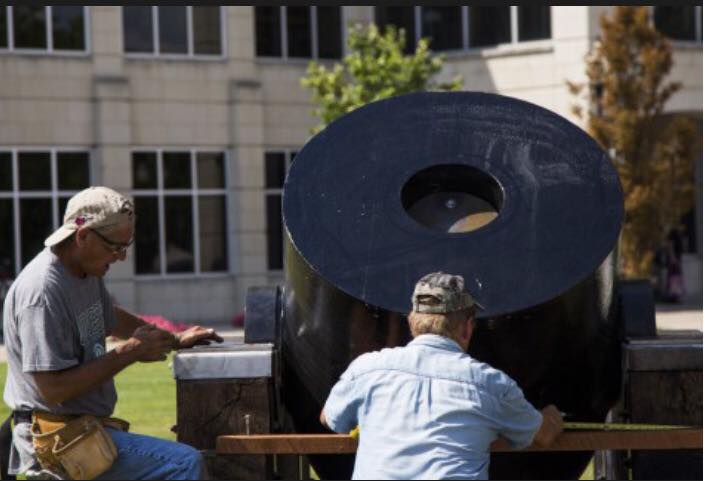 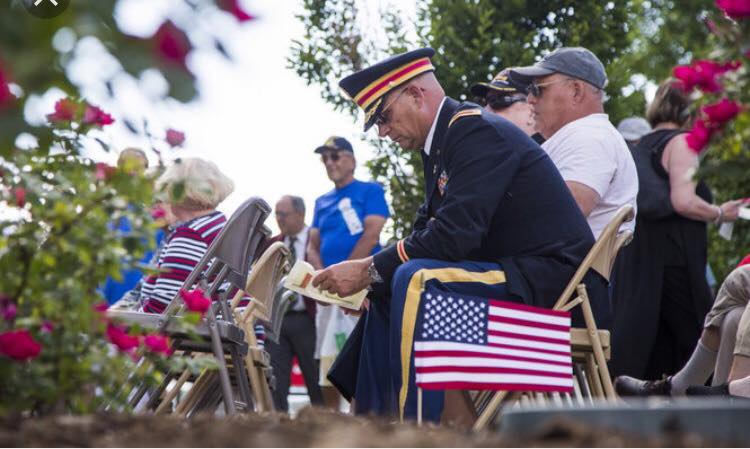 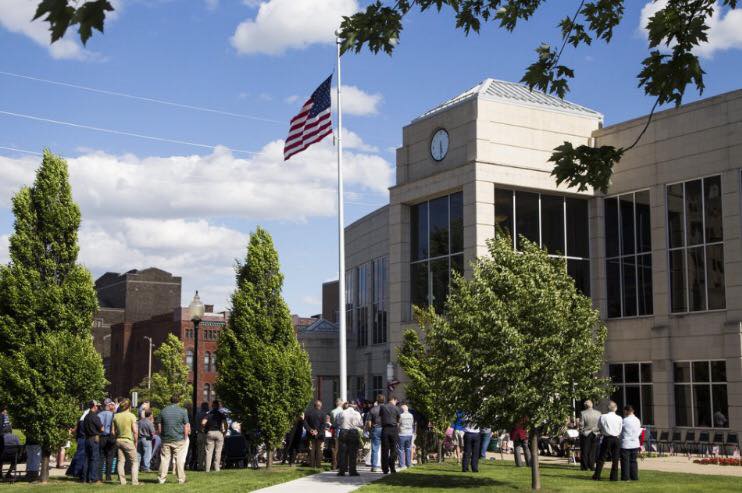 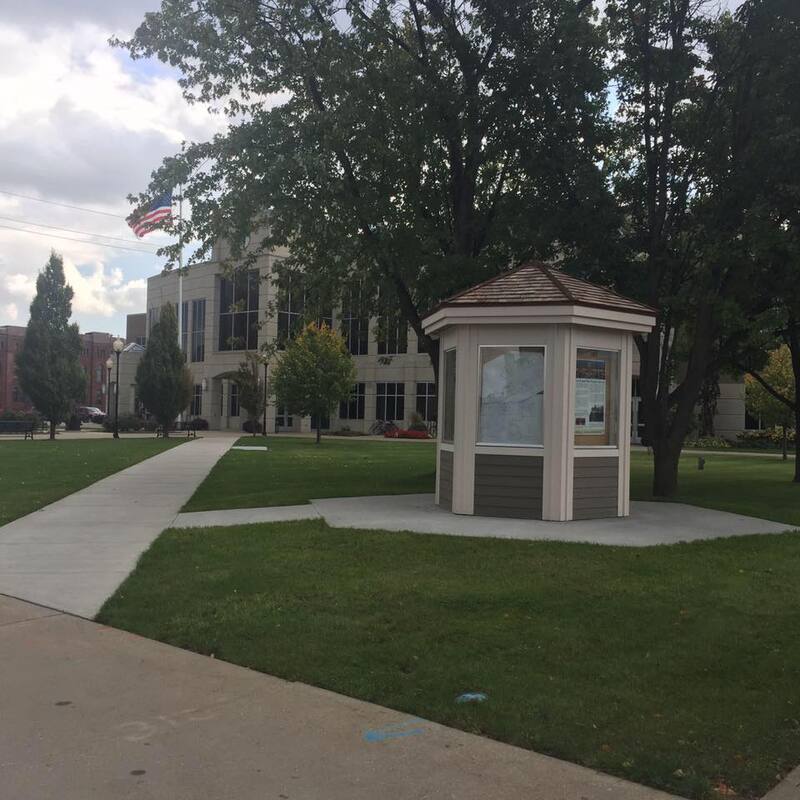 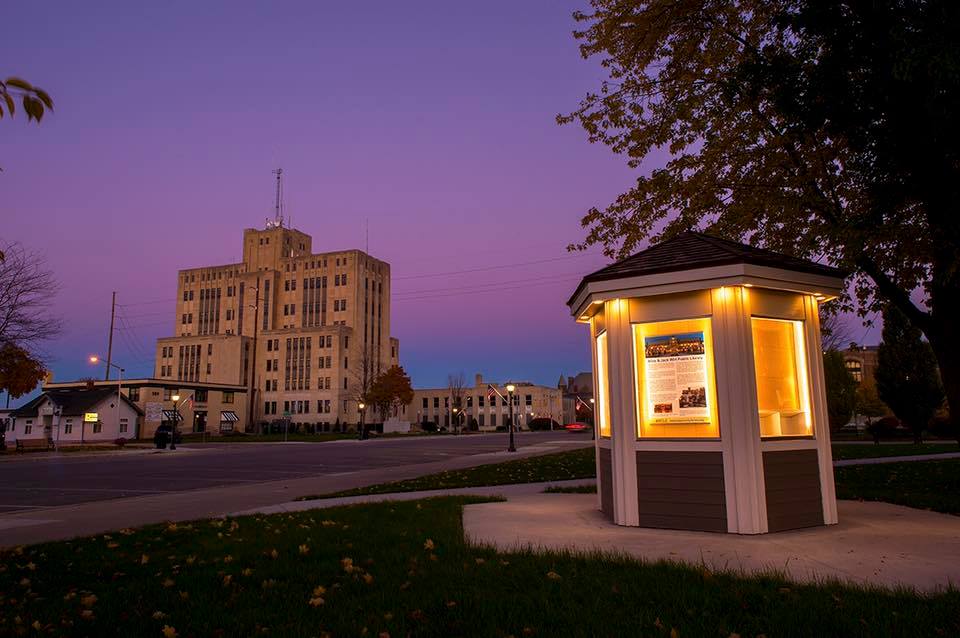 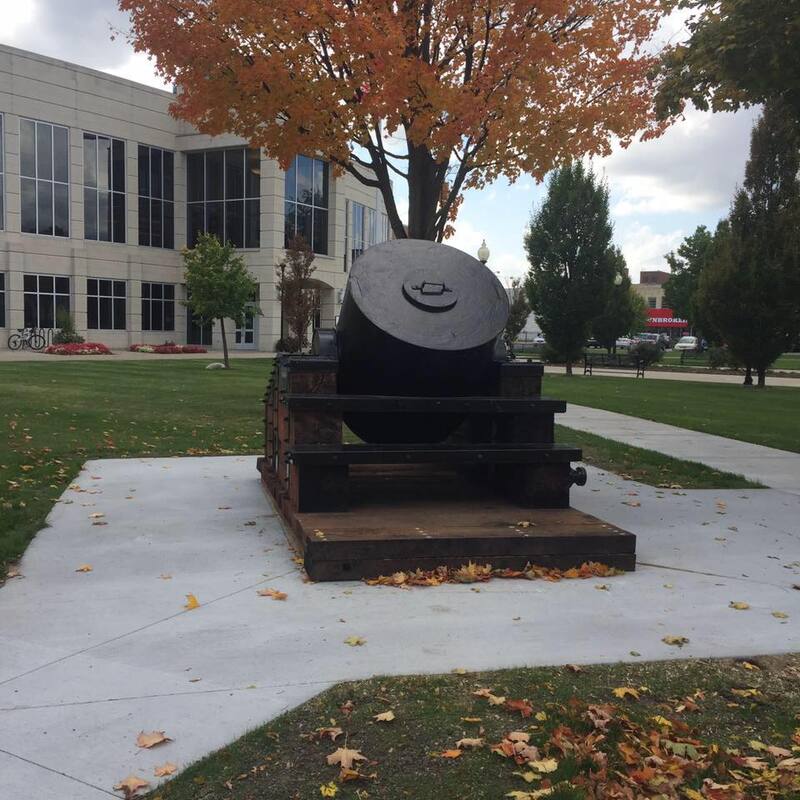 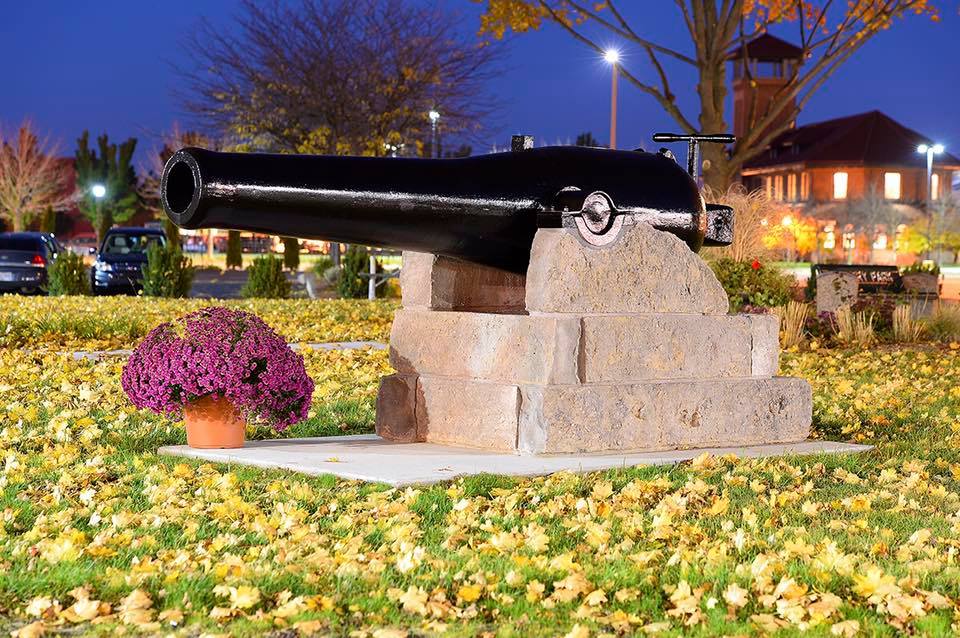 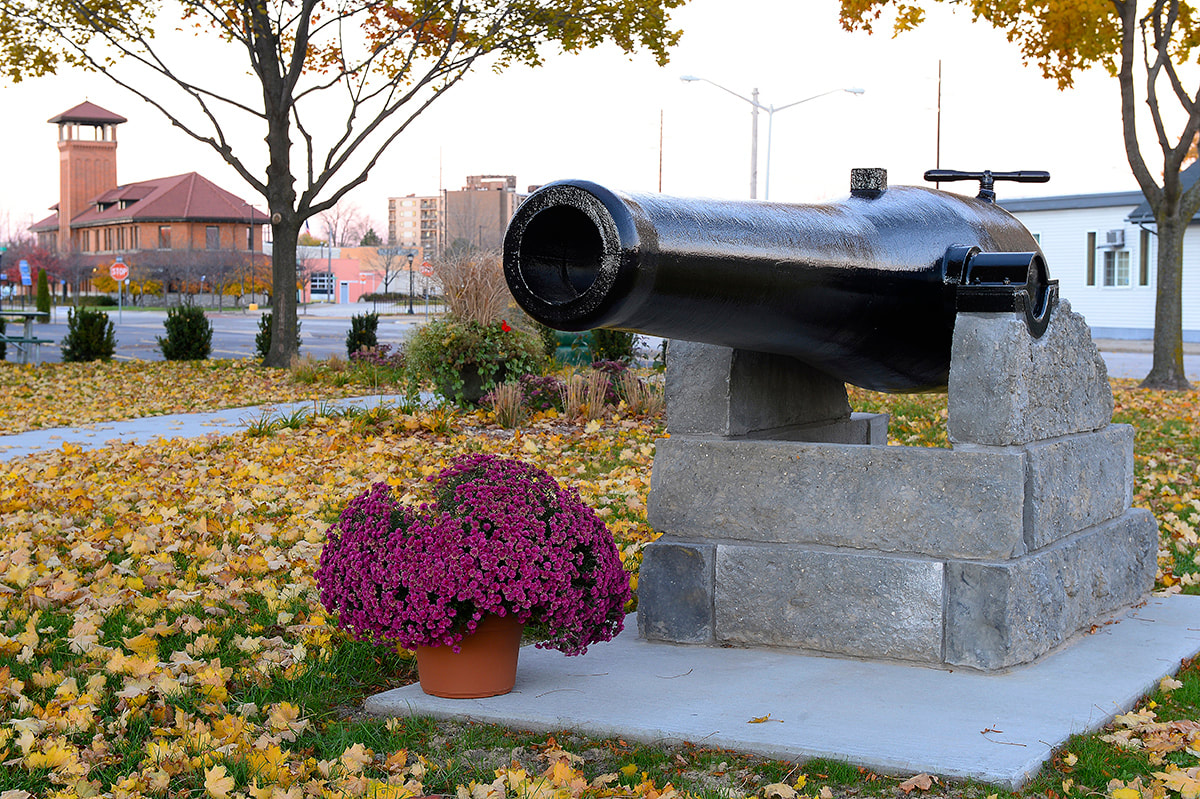 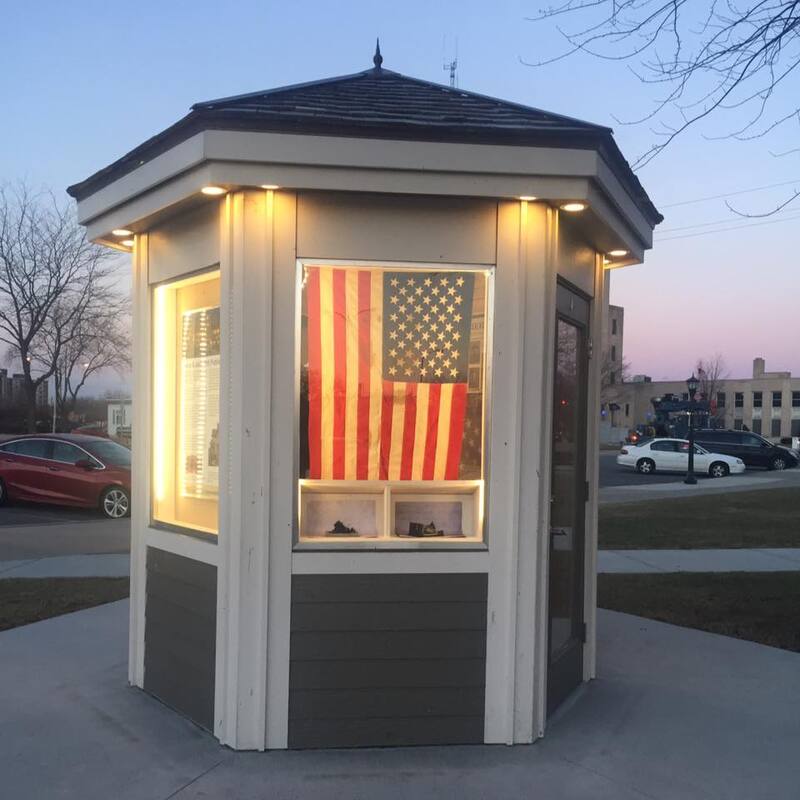 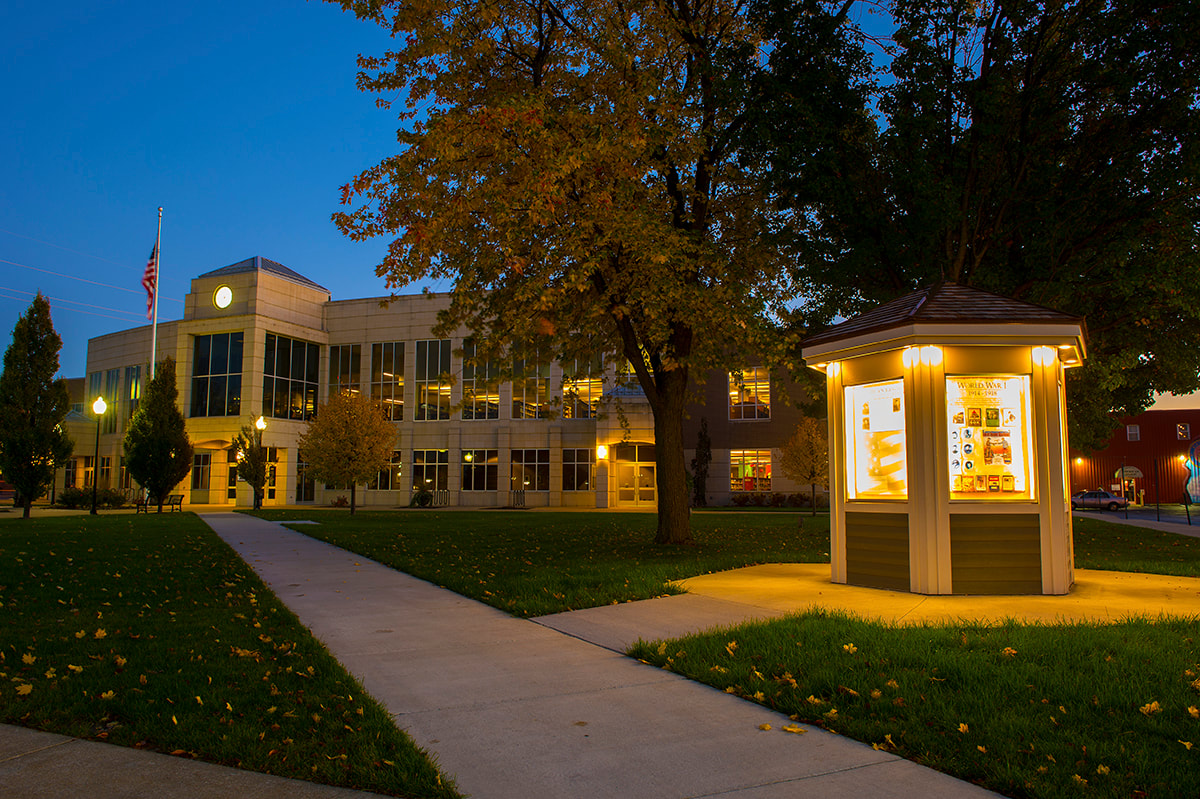 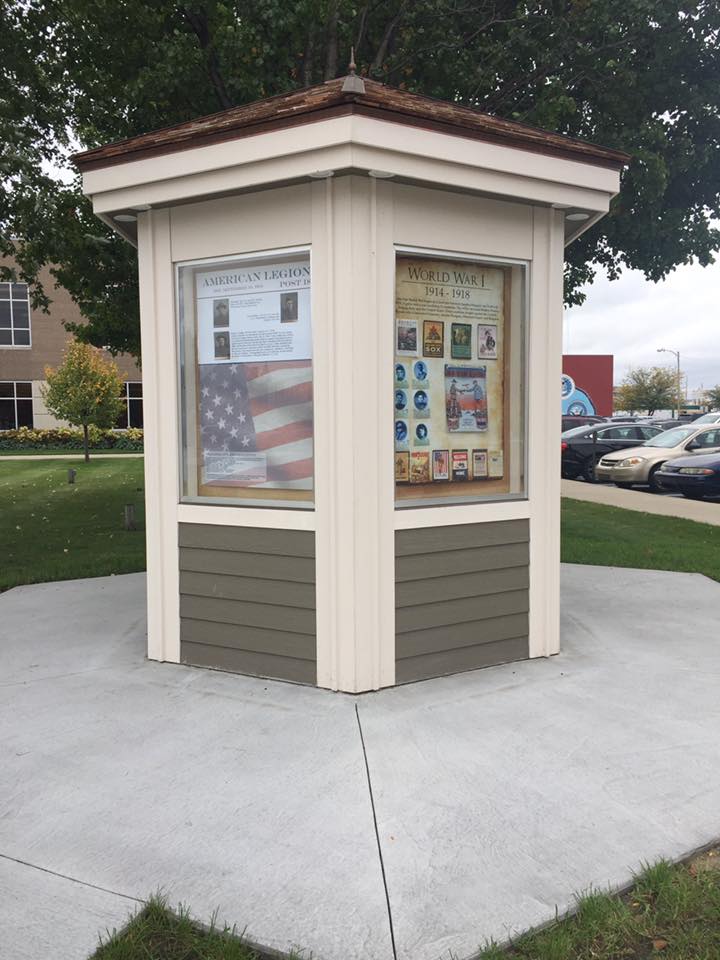 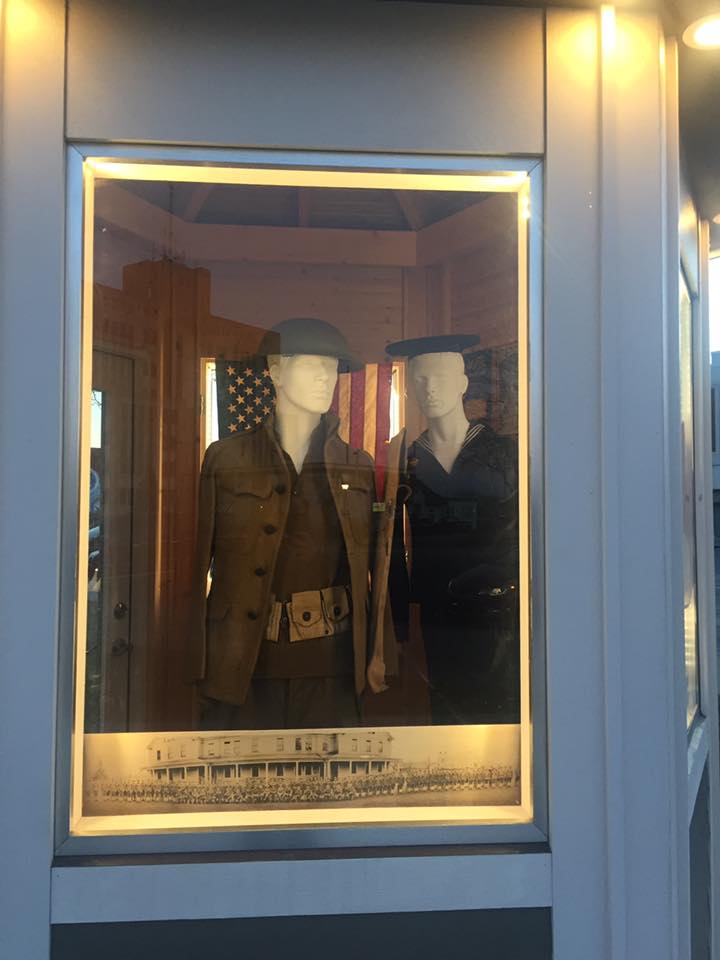 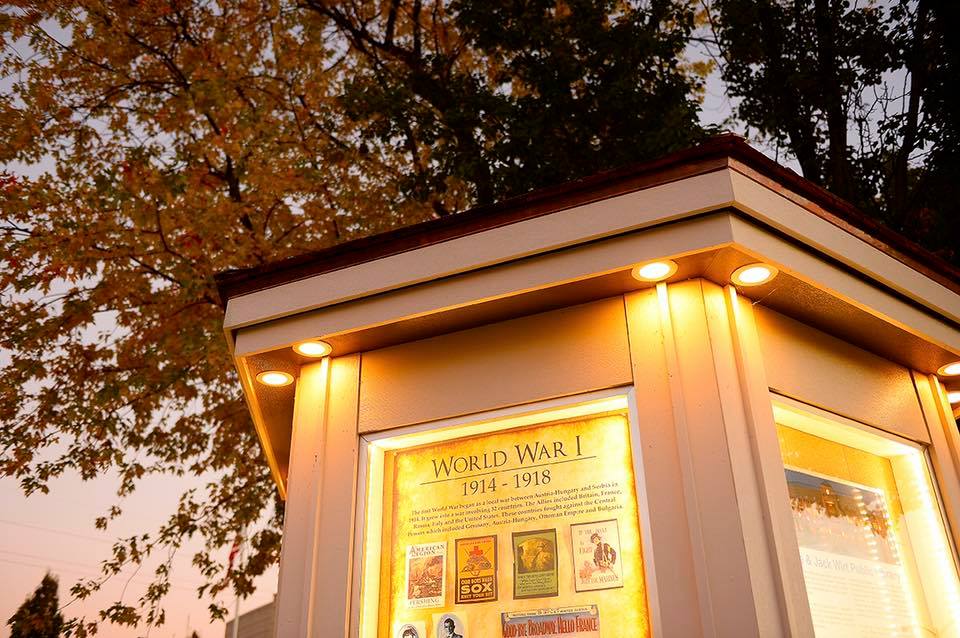 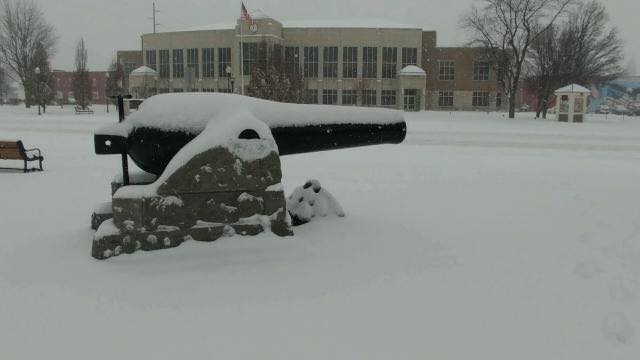 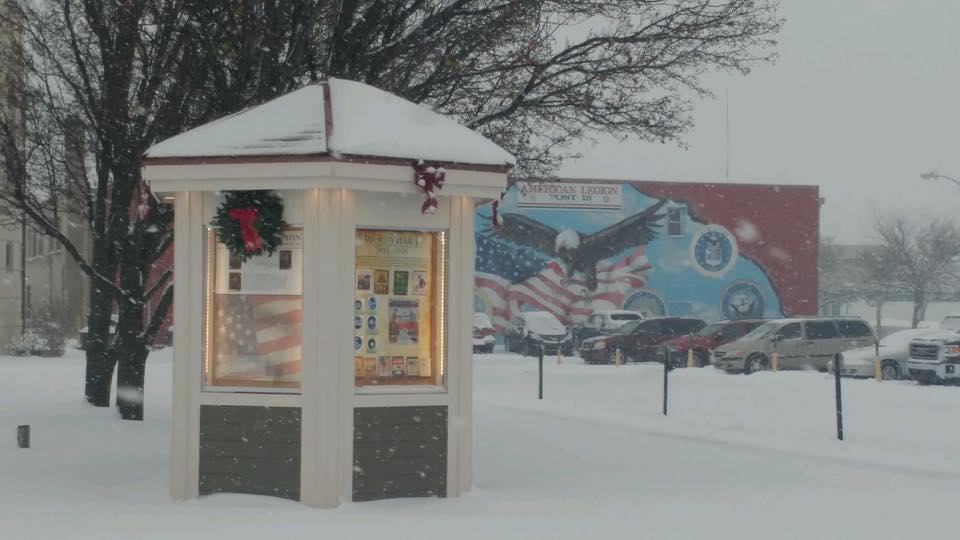 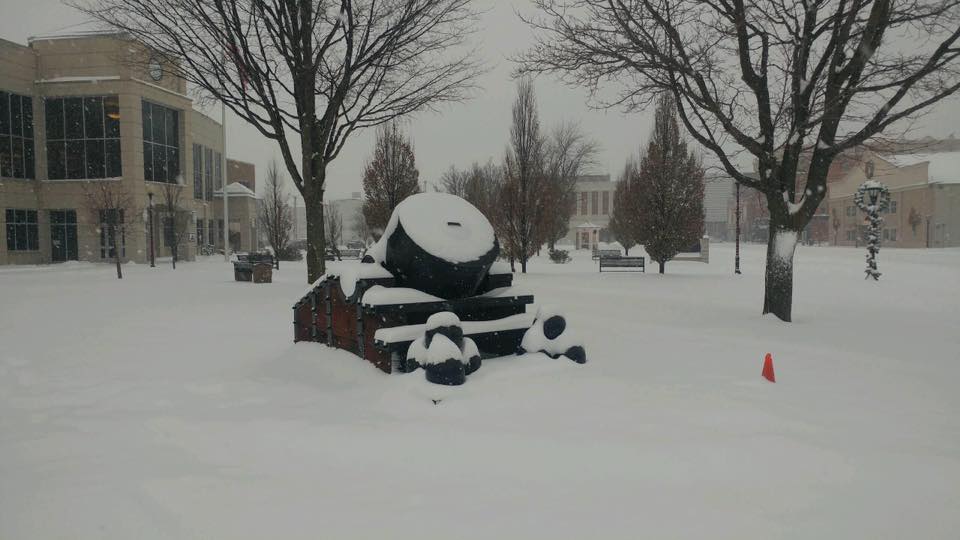